The army knife, also known simply as the Swiss knife, is one of the most common pocket knives available in the market. It is a small pocket knife that has a spear point blade which is mounted on a retractable spring. However, unlike ordinary pocket knives, which only have a single blade, the Swiss knife has many other tricks up its sleeves. The knife employs a pivot-point mechanism and contains a host of other utility tools and attachments. Common tools that you might find on the small knife include the following:

This isn’t an exhaustive list by any means. There are plenty of other tools that are also included in different models. Even though it might seem like a futuristic utility tool, the Swiss Army Knife was actually designed more than a century ago. In fact, the story of this revolutionary pocket knife begins from the early 1880s, when the Swiss Army sanctioned a new pocket knife for its soldiers. 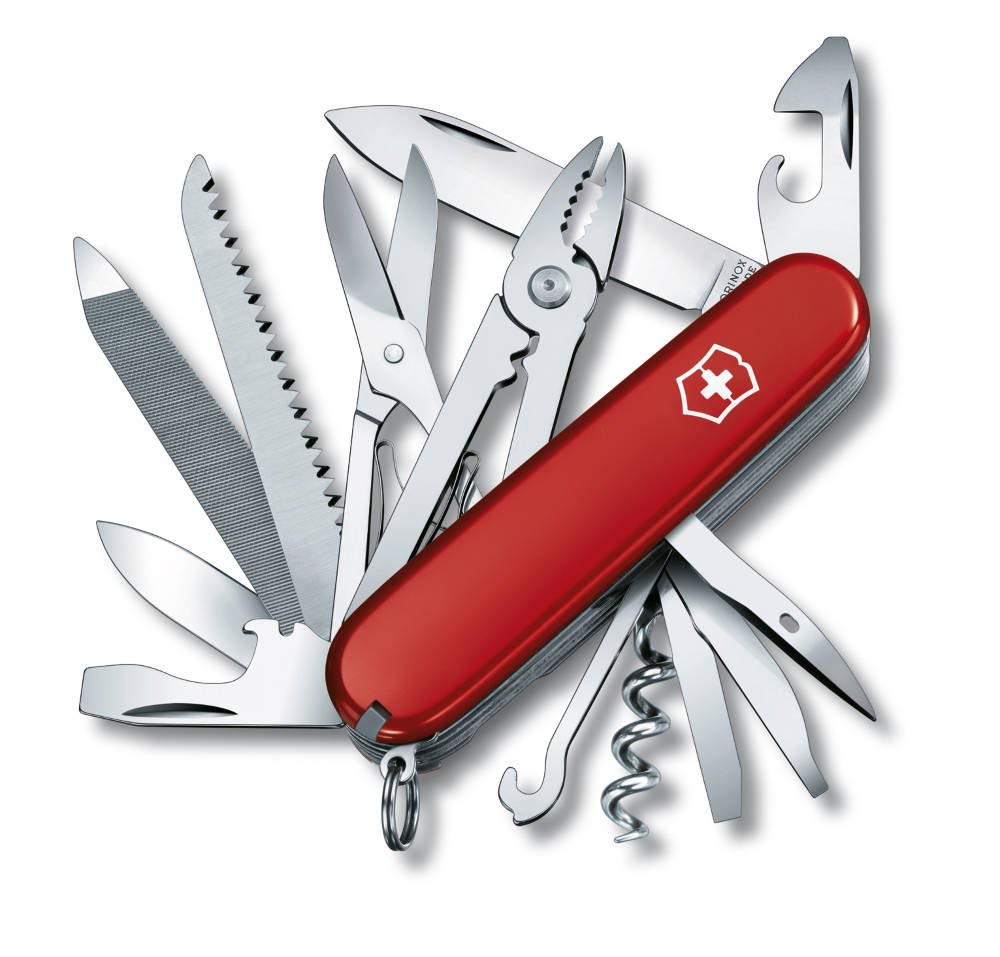 The knife was supposed to be versatile enough so it could easily open canned food, and would also be able to disassemble the Schmidt-Rubin, which was the traditional rifle used by Swiss soldiers at the time. Unlike other rifles at the time, the Schmidt-Rubin could only be assembled with a screwdriver.

The design of the knife was confirmed and it was designated the Modell 1890. In the beginning, the knife came with a can opener, a screwdriver, a reamer and a blade. There was a specially designed grip on the knife as well which was made out of dark oak wood. At the time, there wasn’t a company in Switzerland that could match the production capacity required by the army. Therefore, the order was given to Wessler and Co., a private concern in Solingen, Germany. Production was shifted to a local company that manufactured surgical equipment just a year or two later, and the design of the knife was revamped so that it could also be used by an officer.

Karl Elsener’s company, Victorinox held the market until 1893. However, within a few years, the Swiss government split production between Victorinox and Wenger. The two companies manufactured their separate iterations for the next century or so, until, in 2005, Victorinox bought out Wenger.  They became the sole supplier of Swiss pocket knives to the Swiss military. By 2013, the company also made another major announcement: the two brands would be merged into one. Today, you can find a plethora of different Swiss knives in the market. You can also get custom knives with your own name or initials embossed on the handle as well. The prices can vary depending upon the number of utility tools in the knife and the colour of the handle.